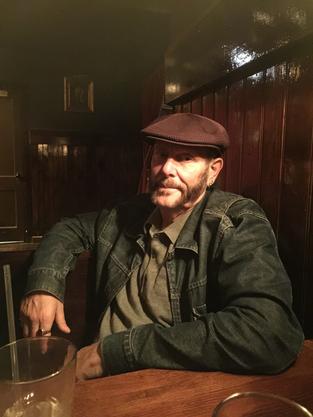 Thank you for contacting us! If needed, you will hear back within 48-72 hours.

You can add HTML directly into this element to render on the page.

Just edit this element to add your own HTML.

My Art Career started  with a nanosecond of inspiration: a Grinning Cheshire Cat-like metaphysical image  like those

My main focus is an imaginary world view; a darkly  humorous amalgam of mythic images re-interpreted as Pop Culture.

Animation becomes a form of primitiveness representing the lifestyle of a era.  Periods of time and historical events are blended

occur simultaneously.  An element of intended  goofiness, whimsy  and  wit runs throughout the image subject.
Content is influenced by the Surrealist Era of  Picasso, Max Ernst,  Picabia and contemporaries such as Jim Nutt. Peter Saul,

George Condo, Philip Guston and others of that genre.  Each facet of The Work becomes a center of interest; all equally
rendered so as there are no lax  spots in the finished piece